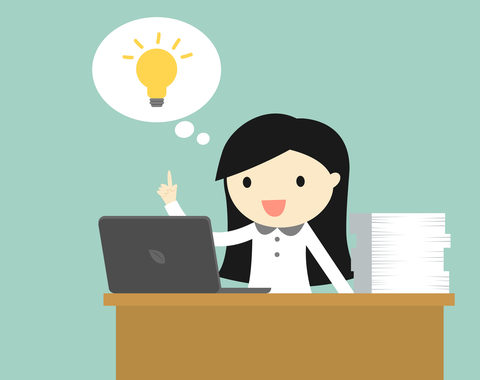 Again „Diversity“? About the question of whether the „visibility“ of women requires support …

At the moment I come across the topic of „Diversity“ wherever I go. It is always about the visibility of women. Their presence in technical professions or their visibility on stage at conferences.

Do we need „visualization“?

After each of my talks about „Communication male? female?“ there is always one person in the audience who pointedly asks whether artificial promotion of women is actually required. That’s a question for nodding vague. But: I’m asking me the same question for a long time. Is this women’s quota really necessary? Do we need to find another term to avoid discriminating against men under these well-meaning sails? „Promotion of heterogeneity“ or something similar? Does the organizer of conferences really have to go to great efforts to get women on stage? And do we really need Girls Days (where school girls spend a in job fields that are dominated by men) and all these other attempts to fascinate women with the tech world? What if it may not lie in the genes of women, the desire to work in tech jobs? (These are provocative questions, but these questions really were asked by one attendee of the talk). So does conscious and pro-active promotion of women really have to be? Is this word „Visualization“ really needed?

I always notice that I sneak away from answering these questions. The reason is because actually I do not like artificial constructs. I don’t want any extra benefits just because I’m female. Sometimes I’m annoyed with the eternal topic of diversity. I don’t want to ask myself again and again why I’m in reality „visible“.

Now follows the „BUT“.

Two conferences and their percentage of women

Two things have happened recently that made me realize that I have formed an opinion:

First:
I have an entry as a potential speaker on the speaker list at Speakerinnen.org (a portal for people who are specifically looking for female speakers) and because of this I was asked to submit a paper at a Typo3 Developer Conference ( T3DD18 ) and eventually my talk was accepted. I do not know the agenda yet, but I realized that I am glad that they were enthusiastically looking for female speakers.

Second:
While I was sunbathing, I scrolled though the speaker list of Meet Magento Germany (MMDE). Scroll by scroll, my opinion was formed: only two speakers of forty-two at this year’s MMDE are female. 2:42. 1:21. Something about 4%. I do not know if there was ever a worse ratio – but I actually think it’s something between a pity and terrifying. I wondered if this was done thoughtlessly, intentionally, or accepting. Nevertheless, it seems to be quite remarkable.

Magento itself – especially at Magento Imagine – takes this topic very seriously. For this reason I am primarily surprised that this year’s Meet Magento Germany is the first conference in a long time, in which the agenda is pretty „womanless“.

Why, then, does one make a strong effort to promote „diversity“ and another doesn’t?

So what’s the difference? One is a developer conference, the other is more business-oriented. Certainly most conferences ensure that all the partners and sponsors are getting talks. That’s one reason why they are financially involved in such conferences. I also believe the organizers, when they say that a topic did not fit. I just cannot imagine that there were not a few more topics that fit and were from women who might have made this conference a bit more colorful. The content of MMDE is well mixed in English/German, and B2B and Tech too. Personally, I like female speakers because their talks are usually different from those of male speakers. A nice example of this was Rebecca Brocton’s presentation at Magento Imagine.

The course of study Computer Science and the students

Then there was something that I encountered this week on this topic. The quite non-polemical radio station WDR5 reported that in the 80s there was a considerable number of women in computer science courses – until Apple advertising declared the man as a computer user and the enrollment of women for these courses went down drastically.

I had to check this right away.

The courses in computer science established itself at the beginning of the 70s and enrollments of women actually increased steadily. Up to 25% of the students were female. That’s a dream quota from today’s perspective. Then there were two significant drops and there were only 7% left. Since the end of the 90s there is an upward trend to at least 14%.

These figures are also reflected in the USA – and there, too, it has something to do with the introduction of the „personal computer“. In 1983-84, an incredible 37% of computer science graduates were female. The launch of the PC marketed as a „toy for men“ is so conspicuous in time to the decline of these numbers that I tend to believe there is a connection.

But even such an advertisement can only gain a foothold when there are enough feet to put on the offered shoes.

And so I look at my questions from the beginning again. Does such a promotion really have to be? Apparently yes, because if (probably among other things) advertising is responsible for the fact that an image has dug itself into the heads of the people, it must still be possible to dissolve this world of ideas and to put the computer world back into the perception of gender neutrality.

Well over 90% of all Magento developers are male. I roughly estimated even something around 98%. But maybe I have not seen most women yet – because they are invisible.

And if artificial quotas are needed – yes, so I have decided to welcome them. Even though I am a „beneficiary“ of it and feel uncomfortable in some corner of my mind about it, I realize that I really want to see and meet many more women around and I want them to be visible. Last but not least I’m really glad if I can make a small contribution to help some women to become (more) visible.