There is a german saying: „Es war mir ein Fest.“ (It means something like „It has been a great party for me“. That’s a good good summary for this day, the MageTestFest day on November 17″ in Amersfoort in the Netherlands. Organized by Yireo, basically by Jisse, aka KnockoutJisse.

Before this blogpost really starts, please have a short look at this 45 second extract of the opening. It explains a lot of what will come… (MTF = Music Translates Feelings):

The MageTestFest has been different. Even it has all attributes of a „normal“ conference, it’s been nevertheless different. A sort of more consequent, more thought out, with a „red thread“ (that means a central idea, bad translation for another german saying „roter Faden“…) and somehow… a kind of… more personally than other events.

The idea behind the MageTestFest was:
one-time. One conference day. No repetition.

Or in other words:

This wasn’t a test. This was the only chance to Make This Fuckinggood. (I still have to practice my MTF-skills).

The other idea behind the MageTestFest was:
one topic. Testing. MTF = Main Test Focus.

It’s really true: if Jisse no longer wants to work a developer or trainer, he should start to organzize events. At least for the rest of my Magento life. Die venue: gorgeous. The graphical layout, the music selection (hopefully there will soon be a spotify list…) and the whole concept was great. One topic, 4 days with different contents (workshops, conference, hackathon). Intensive days.
A kind of different pieces – made in one piece.

If @jissereitsma wants a 2nd career there is one in organizing conferences. The vibe here is not something I’ve ever seen before #MageTestFest #magento 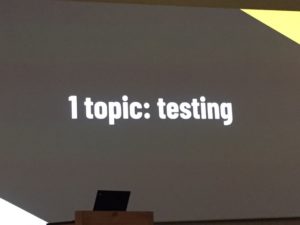 To be honest: I wasn’t sure, if this kind of event works. Are there really so many developer, which would travel to Amersfoort? To hear about a topic which sounds „peripheral“ in comparsion to all these new and partially nontransparent components of Magento 2?

But the answer is: yes: It is a topic. And a good one. I didn’t know this before. All the more I am delighted that I was there.

My second fear was: this isn’t my place. I only heard about testing, looked over someones shoulder, but I had never used it before. My fear was a fog of words I couldn’t understand, whith terms I had never heard before and screens that looked like alphabet soup. At worst I looked forward to 8 hours of counting something irrelevant like wall tiles or cough noises or woman (THAT was a must-have joke).

But nothing bad happend. „Au contraire“.

I’ve never learned so much at any conference as during these 8 hours.

I don’t know, how the others felt. Those, who knew something about testing before. If they learned something new. But for me – as a non tester – it was a benefit. I’ve never exptected to understand anything and therefore more than 0 is an enrichment. MTF = Many Thanks Following… 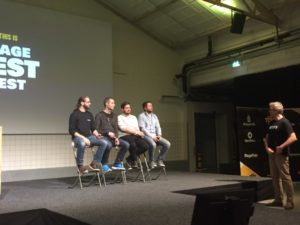 The conference started with Christian Sebastian Bergmann on stage. Working with tests means that this name is automatically known, because every unit-test ends with that name. „PHPUnit X.X.XX by Sebastian Bergmann“. In this case, he wasn’t the last but the first we all saw. I don’t want to summerize his talk at this point – this is the task of other blogposts or slides. Only that much: F5 has to move in the cellar and instead of F5 we should use Unit Tests and Test-Driven-Developement AND (and this is a big AND): we should focus on clean code. Another german saying is „Das A und O“, which means something like „the most important thing“.

After that, Vinai Kopp explained the use of tests with Magento 2. What are the requirements? What are the follow-up question marks like „WHY doesn’t it work?!?“ or „WHAT does this error message mean?!?“. He explained the difference between unit and integration tests, the dealing with databases during tests and last but not least, the best way to use tests within PHPStorm. A lot of practice. Lucky me. Lucky you, there are slides:

After that the first live coding session starts. Once again with Vinai Kopp. Magento TDD karta. It took all my concentration to follow his moves. I was really impressed how he uses keybord shortcuts. The grave beside „F5“: Vinai’s mouse. Apart from all his mouseless skills – there is one ability he doesn’t have: he is deaf on the „HUNGRY/FOODISREADY“ ear.

But yet – food followed… Food means in the Netherlands: SOFT. Soft bread in this case. Salad and soup. Food that doesn’t make tired.

After that, the second live coding session started.

Matthias Verraes and the pupils. I loved this session because of the naming of the functions and variables and the idea itself – group of pupils (they are iterable!). My favorite: the guard class name (guardToFindPupelsThatAlreadyExists())- I forgot the real name, so if someone remembers this name: MTF Me Tell Functionname.

After that two of the original Magento people were on stage. Tom Erskine travelled from 2018 and presented us the new Magento Functional Testing Framework. In short: MFTF. The slides had a copyright from 2018, therefore they aren’t available yet. I’m sure you will be hearing more of @TomMagento in the near future. It lookes promising and has a lot to do with XML, otherwise it wouldn’t have diserved the M at the beginning.

After that Jisse himself was on stage. He emphasized not to be a JavaScript Guru, but on the other hand, he thought about the name of the next event in 2018. „MageJsFest“. Organizing events may be addictive. In this case I hope no one helps him to get „clean“.

Then of course Fabian Schmengler came onto the stage and talked about „his“ topic Test Driven Developement (with a quite helpful fixures library).

Beside the content of his talk the most interesting thing was his shirt. With a print of a 2001 rock festival. Seriously? Someone messed with a time machine again? And this time he is from 2001…

Not sure if I'm more impressed by @fschmengler 's presentation skills or that he still fits in a Shirt from a rock festival back in 2001 ?#MageTestFest pic.twitter.com/W6dMoF5mZ7

At the and we got some food (warm) and drinks (with alcohol) and the chance to get in touch with new people.

On an event that is visited up to 99% by man you have to talk to woman. That’s an unspoken rule. MTF = Meet Therefore Female.

Because of that I finally had the pleasure to talk to Karen Baker for the first time. She had already theorized that I dont exist and my twitter account is a fake, and I’m maybe a man. That was one of funniest moments of the day. THANKS!

And I met another female devleoper, not a Magento but a Java developer. And only for getting in touch with her it has been worthwile to join this conference.

Drinks: 8 hours means: a lot of concentration is required. That means: you have to fill your body with water and your brain with knowledge. I missed water in big cups or half liter bottles. Me and too many others drunk too little.

Name badges: I missed name badges. Or name stickers. Or something like that. I like name badges including twitter names best. Maybe also with a flag, if is someone is developer or not, so that no one has to get in this embarrassing situation to make a joke like „and you, you are a developer?“ (shoulder punshing) and doesn’t know how to react, when I say „Yes, of course“… (The second funniest moment of the day).

Party: I didn’t booked a ticket for the party. I think it’s a bad idea not to invite all attendees to the after show party. They all should attend, if they want. In addition I thought „Diner“ meant sitting-at-a-table-and-eat-soup-salad-maincourse-dessert-cheese-coffee-and-dont-leave-your-table… (I guess I’m the only one who thought that…). 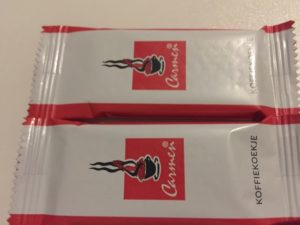 Is Tom now back to the future?

Why does Jisse listen to german music (Rammstein, Nena, really?!?!)

When will Albert Hejn come to Germany?

Did Jisse acutally stumble at the beginning or was it just a really great introduction into the topic of testing?

Where was Ben Marks really? (I suspected he was the Santa Clause on the boat or in Argentinia).

I was a really great event. Nothing more to say.

I think the pacman rules are a nice idea, but they are unit tested, not integration tested. If you only join the circle, nothing could happend. I tried it. Tested it (harhar). Maybe the newbie has to get in the middle and has to shout out: „eat me“…

I really liked, that Jisse was so acitve on twitter. He posted and liked and retweeted so many tweets. That’s also an important component for the success of this event.

Live coding is great. I want to see more of these kind of sessions.